So since I got my brother to pay for my Home Wi-Fi and my sister for Netflix I have been glued to the TV most weekends. I am not a watcher, at least I wasn’t; I can’t convince anyone about that if they saw me on the couch for 2 straight days this past weekend.

Anyway, now that I am adding movies to the list of things I do, I’d love to share some of the most interesting movies I just watched. I am not a pro and I have just taken interest in this very recently. So there are movies that came out and you probably watched decades ago but I just got to them last week. Keep calm and troll me later.

I also just have to put it out there that I am not a fan and never watched Game of Thrones and even worse Black Panther. I also struggle with these super hero comic ones. Please forgive a village girl abeg.

The Boy Who Harnessed The Wind 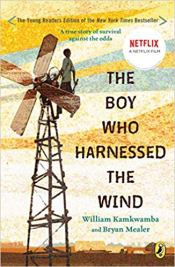 This stands at my favourite movie my entire 27 years on planet earth. It is such an authentic African story. It tells the story we all know too well of really smart, young Arican brains who given the opportunity can create perfect functioning systems governments have been unable to create since. This I say is a ‘must watch.’ 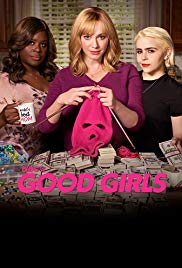 I bumped on this one by mistake but boy is it hilarious and equally intriguing at the same darn time. This is the first ever series whose episodes I watched back to back with just 2 bathroom breaks in between. Bummer though, there’s only Season 1.

OMG! This was a favourite too. Yeah yeah, it’s an all time fairy tale but it has quite the interesting twist. I’ll let you guess which fairy tale it is, but I must say it’s one of the first movies whose movie was actually better than the book or the original story. 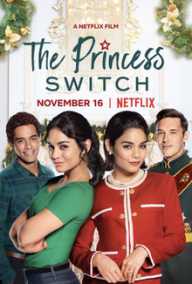 YouTube Ads would not let us rest with this trailer and I dismissed it for the longest time since it looked like the cliche simplistic script. Well, I was right, it does have a cliche story line but I watched it anyway because in was interesting and sweet and nice.

I bet you’ve watched this already. There was nothing much to it but if you are a deep rooted believer of the natural movement, you will know this movie speaks beyond a story about hair. To me this was a message to the inner spirit of loving yourself, your skin, your heritage, understanding raw beauty. Don’t feel bad if you do not get the chill I got from this one, I just understand it quite personally on my own level. More like…

Yes, a horror movie. It is not your typical kind though. This script addressed historical racism and how it now presents itself in the disguise of cultural unity. How a community has been constantly reduced to backwardness but what is theirs adopted by their oppressors and suddenly it is good again. This one is deep.

Then again, if you do not like them as much as much as I do, no pressure. I just tend to look for a relatability of real life stories in every script. Movies are also a form of art and how we consume the same is different. Our interpretations might not even be the same. To also consider that there is someone who is not even looking at interpretation as a point of reference is in itself to say, we mustn’t all like the same things.

PS: If you feel the same way I feel about these, holla at me. I’m looking to make new friends with somethings in common.