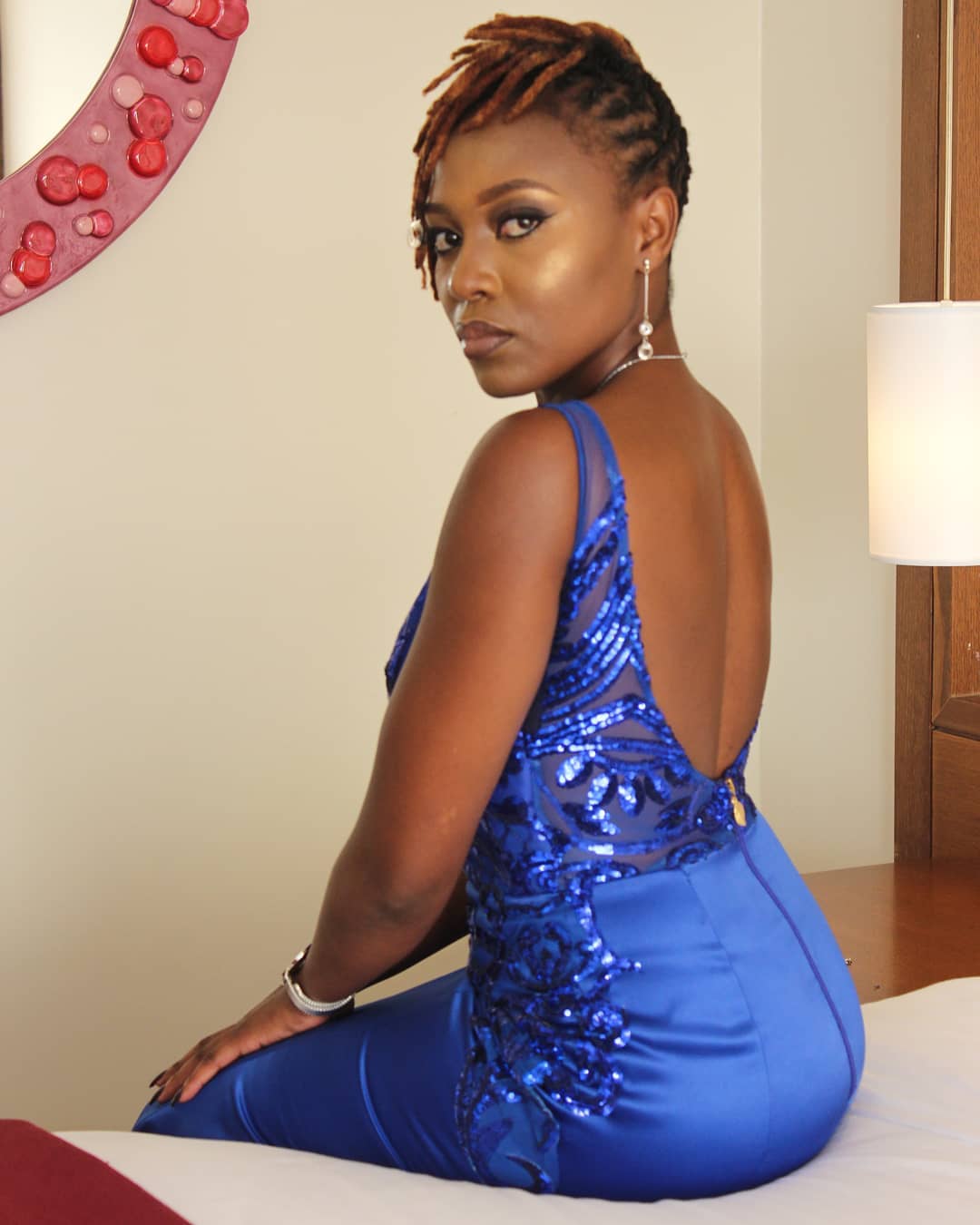 Have you ever genuinely loved someone you have never met in person? If I were to describe ultimate happiness, it would be getting home early on Tuesday just so I’m seated in front of the TV just as the song goes off, ‘They call Miss Mboch, ukienda zako najiweka boss. Sina lonely life, nina happy times…’ just in case you are wondering, yes, I know the entire Aunty Boss theme song.

Shiro Warugongo is life and no one could have possibly been more excited, when Nyce Wanjeri got nominated for Best Actor in Comedy TV series  at the Africa Magic Viewers’ Choice Awards (AMVCA)2018 She actually did scoop the award, I mean who else would? All of us low key wish to pull those stunts Shiro pulls on Vanessa.LoL! The story of a badly behaved house help who you cannot kick out because their connection with the kids is amazing, is just too familiar,right? I am so happy Nyce bagged the award, I feel she puts in the effort and her character is just what happiness is all about. She occasionally appears on the #TTTT panel and I personally feel she has a reasonable opinion approach to current affairs and of course effortlessly injects humour with all she has to offer. Congratulations Nyce!!!

I got carried away celebrating Shiro Warugongo but I can’t fail to mention that Kenya actually bagged 6 awards at the AMVCA.  The Kenyan Film 18 Hours would brag with Mark Maina scooping Best Picture Editor while the film itself went on to bag Best Movie in East Africa and Best movie overall Awards. Three awards like the bosses they are. A real highlight of the situation in the Kenyan healthcare system. It is simply intriguing with that being an understatement.

A short film The Flesh Business by Dennis Wanjohi, a harrowing tale of underage prostitution at the coast took the award for Best Documentary. This you need to watch by the way. It’s is beyond words.

Then the only film in the Swahili Category, Super Modo by Sarika Lhakani picked up The Best Indigenous Language Movie award. Imagine all your comic books in Kiswahili. Genius, right? Kenyans just winning like is routine.